Phoenix is a web framework for Elixir language.  In this post, we will see how to add test coverage report support with excoveralls library. Follow below steps.

Add the following line to the end of list

Additionally, find the def project do section (towards the top of mix.exs) and add the following lines to the List:

Then, install the dependency on excoveralls we just added to mix.exs:

You should see following

In the "root" (base directory) of the Phoenix project, create a new file called coveralls.json and copy-paste the following:

This config file instructs coveralls app to require a 'minimum_coverage' of 100% and to ignore the files in the /test directory for coveragge checking.

Run the Tests with Coverage checking

To run the tests with coverage, copy-paste the following command into your terminal:

To view coverage in a web browser, run following

You should see coverage report in browser as below. 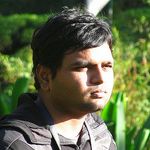